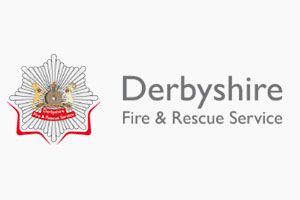 UltraGuard the personal protection system from Surefire activated in a property on Milton Street, Long Eaton, protecting the two occupants and preventing a potentially serious fire from developing. On Monday the 5 April at 02:02 hours, the PMS that had been fitted to protect the occupants of the Long Eaton property, activated extinguishing a fire that was caused by a discarded cigarette.

The UltraGuard was installed in partnership with Derbyshire Fire and Rescue and East Midlands Housing, in October 2019, following a Safe & Well check that identified that the occupants were at greater risk of a fire due to their smoking activity and limited mobility that would have prevented them being able to get out of their property if a fire broke out.

The occupants were identified as a higher risk of fire due to their limited mobility and smoking habits so the UltraGuard was fitted in 2019.

Group Manager Kevin Page said: “A portable misting system activation doesn’t usually grab the headlines like a fire that hasn’t been extinguished ahead of fire crews arriving, but it should as this is really good news”.

“Portable misting systems can be fitted quickly into a specific room and when activated by heat, release a mist of water that can suppress, or extinguish the fire until the arrival of firefighters, protecting both the occupants and property”.