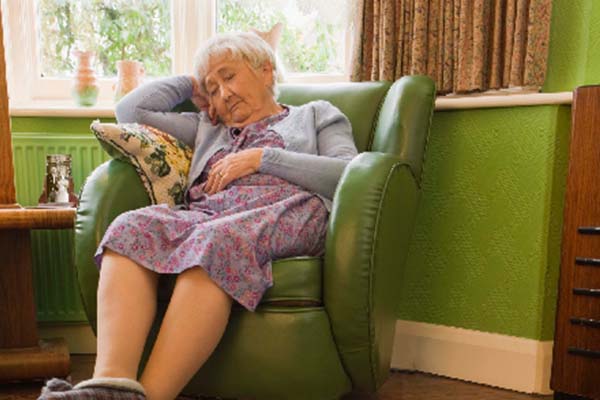 Covering the Wycombe district, Redkite Community Housing are a non-profit charitable organisation. Managing properties for their local residents is no easy task, and Redkite take fire safety very seriously for their residents. Residents with physical impairments where evacuation in the event of a fire can be difficult or impossible are supported with key measures.
For one such resident, Redkite took preventative measures after previous fire incidents to install an UltraGuard personal protection system. Since installing some years previously, the UltraGuard had activated several times in fire incidents by discharging water mist into the room to cool and suppress the fire.

A latest incident began when the resident woke up in the early hours of the morning to smoke a cigarette which accidentally dropped onto their slippers. As the slippers caught alight, there was sufficient smoke to activate the two detectors and trigger the UltraGuard to discharge. Luckily the fire was put out by the UltraGuard, and the resident was able to make an escape, unharmed. The Fire and Rescue Service were called and although this fire was swiftly brought under control and extinguished by the UltraGuard, the incident could have escalated quickly and spread throughout the flat.

When UltraGuard Units are deployed, engineers can turnaround the refilling and commissioning of the system very quickly so that the resident will continue to receive 24/7 fire protection cover.