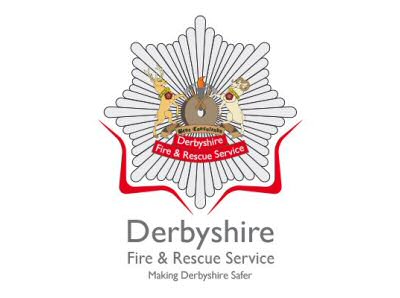 At 1801 hours on Saturday 15 October 2016 Firefighters attended the Cotmanhay home of a 96 year old female who had fallen asleep whilst smoking, causing the blanket covering her to catch fire.

The smouldering fire activated a Portable Misting System which quickly extinguished the fire and prevented any serious injury, or worse – a possible fire death. In October 2014, in liaison with East Midlands Housing, a Portable Misting System (PMS) was fitted into the Cotmanhay home after concerns were raised regarding the occupant’s vulnerability, following an assessment which highlighted an increased risk of fire in the home.

Area Manager Alex Johnson said: “This incident has once again served as a stark reminder of the lifesaving potential of Portable Misting Systems. “I understand that on arrival Firefighters found the occupant in a smoke logged living room, safe without any injuries, but a little dazed and unsure of what had happened.  This could very easily have been a different story; if the fire had been allowed to take hold, smoke and flames would soon have engulfed the property causing untold tragedy and distress; happily on this occasion, thanks to the quick intervention of the PMS the lady is fine and was able to stay in her own home.

“The incident underlines why the Service continues to identify those who are at particular risk of fire and by working in collaboration with partners and housing providers, will continue to facilitate the fitting of Portable Misting Systems where possible.” Derbyshire Fire & Rescue Service (DFRS) currently has 56 PMS’s fitted in properties across Derbyshire helping to safeguard, protect and prevent injury and death.

Firefighters from Ilkeston, Heanor and Nottingham’s Stockhill attended the incident.

On Sunday 23 October 2016 at 10.14 hours Derbyshire Fire & Rescue Service (DFRS) was alerted to a house fire with persons reported, at Linton in Swadlincote, by the activation of a Portable Misting System.

Firefighters from Swadlincote, Staffordshire’s Burton on Trent and Leicestershire’s Ashby de la Zouch attended the fire which was caused when a cooker hob was left switched on overnight, this led to a build-up of grease catching fire.  One 63-year-old female was taken to hospital as a precaution to be treated for smoke inhalation.

Incident Commander Station Manager Clive Stanbrook said: “The Portable Misting System did its job and immediately started working to safeguard the occupant of the property by preventing the spread of fire and also alerted the fire service of the fire, allowing for an immediate mobilisation of firefighters.”

The county council’s cabinet member for health and communities, Councillor Dave Allen said: “This activation again shows just how effective sprinkler systems can be in saving lives. Without the system, who knows what could have happened. It doesn’t bear thinking about.

“Fires in the home still account for the greatest number of fire deaths and injuries each year and while we encourage everyone to take sensible steps to prevent fire, we want to protect our most vulnerable residents.  By installing portable misting systems, we can help stop fire spreading which is reducing the number of deaths and serious injury caused by household fires.”

This is the second activation of a portable misting system in Derbyshire in less than one week.  DFRS has 56 Portable Misting Systems fitted into properties across Derbyshire and will continue to identify those who are at particular risk of fire and by working in collaboration with partners and housing providers, will continue to facilitate the fitting of Portable Misting Systems where possible, to safeguard, protect and prevent injury and death.